skip to main | skip to sidebar

More Useful Than You Think

Windows Vista does not seem to come with a program to unzip files. I don't know about Windows 7, but I doubt it does either. So the first few times I downloaded a zip file or a rar files, I could do nothing with it, nor was I as versed with what the files even did as I am now.

Searching through the internet for the best file archiver (programs that put many files together into one file which can then be opened and the individual files then used again: think package) I found a file called 7-Zip which handles most type of archived files and has one of the better compression algorithms allowing you to make the archives smaller and easy to download. It is also very easy to use.

So if you are fed up with your archiving program, whether it be WinZip or some other program which is hard to use, download 7-Zip and don't worry about it again.

I should mention that many of the files here are uploaded to MediaFire in archived files so if you wish to use this website extensively, an archiving file will come in handy. 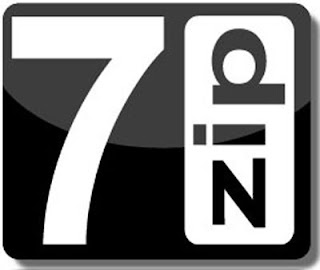 If I was going to recommend any of the books I have read promoting atheism out of the many I have read so far, the first book that comes to mind is Victor Stenger's God: The Failed Hypothesis: How Science Shows God Does Not Exist.

I enjoyed this book for many reasons, but the number one reason would have to be it does something very few people are willing to do: it argues against religion with current scientific knowledge. So few people are brave enough in bring science into a debate about religion.

For one thing, science and religion are two fundamentally opposed institutions, at least to me. One tries to explain Nature with appeals to higher powers. The other more or less tries to understand how things work in Nature and see how this understanding can be used to explain Nature, those science is far from really "explaining" anything.

Stenger thinks, of course, science better understand the Universe than religion, thus religion is a best redundant, and at worst harmful to the human race. He also outlines fundamental logical errors in the understanding of the various types of Gods that people profess exist. A list is given by him by which he thinks people should use to gauge extraordinary claims. In the beginning of the book, he is trying to loosen the reader's emotions and get them to think ratioanlly.

But after the first chapter Stenger lays down everything he can in the most general of terms to keep the book short, but in-depth enough to give you a good feeling of the many arguments and counter-arguments for the existence of God. This book is not meant to be the be-all-end-all of atheist books, but it is the stepping stone to a thorough understanding of the many atheistic and scientific arguments to the existence of God. Which brings us to the best quality of this book, the fact that it is heavily sourced and the end-notes are accessible and allow you to explore even more content outside of the book.

DOWNLOAD - http://www.mediafire.com/?yhmmth0nb5z
Posted by Jig Jinkson at 12:00 PM No comments:

A World of Blues

My dad has some of the best blues albums I have ever heard. If all I had to listen to was my dad's music, I would be fully satisfied musically for a lifetime. I grew up on this music and I wouldn't give any single CD up for a lifetime pass to all the concerts I could ever go to.

One of the bands I have heard the most of if Savoy Brown. They are a blues/rock band from Great Britain and they rock my socks off every time I listen to them. Not only are they my father's favorite band, they are mine also.

What I am sharing today is their album Lion's Share. Whether or not it is their strongest album, it is the album that starts out the strongest if you ask me. Shot in the Head is one of my favorite songs, and the album just does not let up the entire way through. It is a piece of blues gold.
Remember, if you like it buy it! 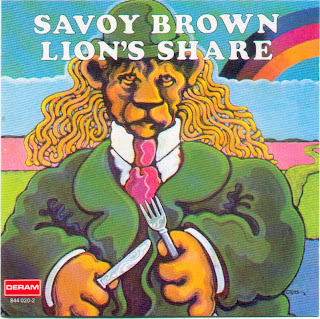 DOWNLOAD - http://www.mediafire.com/?nwhyzqiou1r
Posted by Jig Jinkson at 4:21 PM No comments:

How low can I go?

This blog will start out with me giving the details of my first encounter with what I consider "doom metal."

Soon, one of my punk buddies, really a guy I barely know, picked me up with some of his friends and we were off to get our punk on. It was a good show until the last band came on, a band called Coffins. I started to notice some serious metalheads including some 40 year old guy with an old denim jacket on with some metal band patches. I was not sure what to expect of this band as I had never heard of them because they were from Japan and my knowledge of metal went from nowhere to Black Sabbath, with nothing in between.

Then they start playing and boy was I fucking psyched to be there. Their set was heavy, thick, and distorted to all fuck with the lowest vocals I have ever heard. People were bouncing off the walls, its was complete chaos in the 12 foot by 12 foot punk space as Hell rose through the floor and demons rushed from the amplifiers. In short, it was the best set I have heard before or since then; and it is also why I am into doom metal now.

I downloaded some music by Saint Vitus, one of the pioneers of doom, to give it a listen and because I like to start with the first bands of a genre because it is usually more pure to the genre. I had already listened to everything Black Sabbath had ever put out and liked it for the most part, and was pretty obsessed with a lot of it also.

Heavier Than Thou is not only the first album I am posting here for download, it was also the first band I listened to outside of Coffins, which drew me into doom metal and expanded the range of my musical tastes.

I hope you like Heavier Than Thou, which is a compilation so you get an idea of their musical breadth, and if you like it, buy it. DOWNLOAD - http://www.mediafire.com/?gmhnderr4ix
Posted by Jig Jinkson at 2:46 PM No comments:

The music that we post up on this site is NOT for commercial use and is posted with respect, not with the intention for profit or to violate copyright. If you are the creator (or copyright owner) of a song, excerpt, essay, graphic or photo posted on this blog, please contact me if you want to comment on the selection or wish to have it removed at once!.
Music Lovers can listen to it and if you like it, go and buy the albums, in that way you support the artists.